In the News: The Silver Fox Award

The Silver Fox is awarded for service of the most exceptional character to Scouters in the international field who are NOT members of Scouts Canada but who are associated with the World Organization of the Scout Movement. Scouts Canada is honoured to recognize this year’s recipients.

Peter Blatch from Australia is one of 12 elected volunteer members of the World Scout Committee, the main executive body of the World Organization of the Scout Movement (WOSM).

Peter is National Project Commissioner with Scouts Australia. In this volunteer role, he coordinates a variety of activities including adventure, special needs activities, scholarships and Adults in Scouting projects. He is an executive member of the Educational Methods Committee which reports to the World Scout Committee. He was previously National Commissioner for Adult Training and Development and continues as a Queensland Branch Adviser in Adult Training and Development. 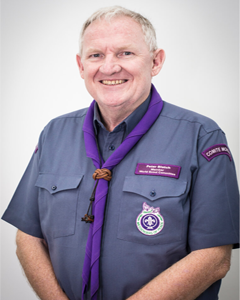 Regarding the World Organization of the Scout Movement (WOSM), Kent served as Vice Chairman of the InterAmerican Regional Committee. He has staffed many National and World Jamborees and including being Deputy Camp Chief in Sweden and Director of Operations for the 24th World Scout Jamboree in 2019, held in North America.

Kent became a member of the World Baden-Powell Fellowship in 2003 and joined the WSF Board in 2015.  He is currently the Chairman of the Foundations' Investment Committee and will remain so during his term of office as the Foundation's Chairman-Elect.

Kent regularly encourages Scouts to apply for staff positions at international events such as European Scout camps; promotes taking patrols or units to international camps, including Kandersteg International Scout Centre, a popular Scouting destination in the highlands of Switzerland.  Kent also actively promotes the incorporation of international themes, such as the Global Development and Sustainable Development Goals, into unit or council planning.  Kent’s goal is to inspire Scouts to bring back their international experience and share it with others at home.

(Kent Clayburn passed away on July 20, 2021 after a courageous seven-year battle with cancer.) 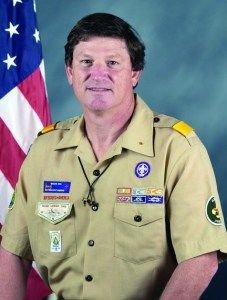 Daniel Corsen – an organizational designer and business ReSharper at D&I, is an active supporter of Youth Development through World Scouting, and a traveller and entrepreneur from Curaçao. He is on a mission to unleash the potential in people, teams and organizations, and making work more fun!

Since 2007 he has been actively involved with World Organization of the Scout Movement (WOSM) in several committees regionally.  As an advisor in organizational development, he has guided organizations in the process of translating business strategies into implementation programs and implementing these programs within these organizations.  Daniel is very creative and analytical, and has a result-oriented, enthusiastic, and driven charisma and transfers this attitude to his direct surroundings when performing his duties. Because of this personality, his approach within international Scouting has been to work with Scout members from a multidisciplinary perspective in which youth development comes first.

As Chairman of the InterAmerican Scout Region and with expertise in strategies, he has provided professional guidance to various committees within the region helping youth development and impacting close to four million youth as part of the InterAmericans Region supporting the 35-member National Scout Organizations (NSOs). 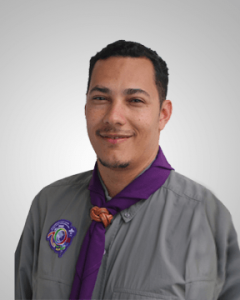 Marcelo Guerra Hahn’s memories of Scouting in Uruguay revolve around camping, games and lots of singing and clapping.  Currently, he is the President of the InterAmerican Scout Foundation, and Executive Board Member at Chief Seattle Council Boy Scouts of America (BSA).

Marcelo is a keen supporter of the InterAmerican Leadership Training program (ILT), which is a week-long course that prepares the youth of the InterAmerican Region to serve their Scout organizations. ILT is a Messengers of Peace project and has been in operation since 2013 and is held once a year.  The goal of ILT is to strengthen Scouting in the Interamerican Region through a collaborative effort of sharing, networking, training, and support. 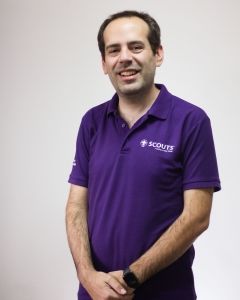 Jemima Nartemle Nartey of Accra, Ghana was elected as First Vice Chairperson of the World Organization of the Scout Movement (WOSM) at the 41st World Scout Conference (WSC) in Baku, Azerbaijan in 2017.  As a member of the committee, Madam Nartey’s vision for World Scouting was to implement the resolutions of the conference, which included engaging young people in decision making, increasing the movement’s social impact in local communities worldwide, and developing strategies to attract adults to volunteer and support young people.

Madam Nartey has risen through the ranks in the Scout Movement. She was the Deputy Chief Commissioner from 2001 to 2010, moved on to the Africa Scout Committee from 2007 to 2009 before being elected Chairperson of the Africa Scout Committee from 2009 to 2012. She was elected second Vice Chairperson in 2014.  As a Scout leader, Madam Nartey has travelled extensively in Ghana and to over 70 countries globally; inspiring, motivating and empowering young people to be active global citizens and creating positive change in their communities.  For Ghana, her goal is to increase membership both in schools and communities. 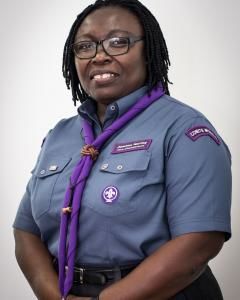 Daniel is one of 12 elected volunteer members of the World Scout Committee.  He served two terms (2011-2017), the first term as chairman of the Finance Committee and second term as Vice Chairman. During his terms, Daniel led the development of the Human Rights Task Force and was twice a member of the Secretary General Search Committee. It was here that Daniel introduced a greater sense of management and accountability in the areas of finance, governance, human resources, and reporting to the World Scout Committee and the World Scout Bureau at large.  Over the years, Daniel has been an enthusiastic supporter of the global profile of the Movement and has gone above and beyond to bring improvements to the educational aspects of International Scouting.

In 2013, with the support of National Scouting Organizations in Central America, Daniel organized the pilot InterAmerican Leadership Training (ILT), where 67 young people from nearly all National Scouting Organizations in the Region, attended a youth-led Leadership Training Course. The result enabled young people to be leaders in their Scout Organization and in the InterAmerican Region as well as to organize and lead Messenger of Peace projects which have involved thousands of Scouts all over the world. ILT is now in its seventh successful year. 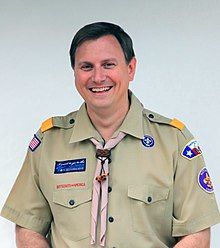 Simon is also the founder of the informal fraternity of the Association of Top Achiever Scouts (ATAS) - an innovative idea for retaining young adults after they have completed their active Scouting life as youths, keeping them in the movement for future leadership roles in the World Organization of the Scouting Movement (WOSM). Today ATAS has more than 5,500 members in five of the six regions of WOSM.  Simon’s contributions towards Scouting on the national, regional and world level reaches almost all the 162 NSOs of the world. 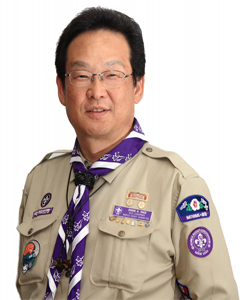 Craig Turpie first got involved in Scouting by joining his local Cub Scout Pack in 1983 and followed the youth programme, achieving both his Queen's Scout Award and Explorer Belt. He became Assistant Area Commissioner for Venturer Scouts in Edinburgh, Scotland and later the first Area Scout Network Commissioner for Edinburgh. It was at this point that Craig first became involved with the work of the organization's Scottish Headquarters and UK Headquarters in a number of different roles.

Craig was a member of the Scout Association's International Team between 2001 and 2007. Craig has also served on the World Scout Committee as the Youth Advisor and various committee members.  He rejoined the Scout Association’s International Team in 2013 for a brief stint as Deputy International Commissioner, then UK Commissioner for Programme in 2014. He held the role until elected chair of the World Scout Committee in 2017 in Baku, Azerbaijan. 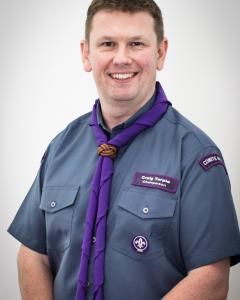